What is the difference between marine elevators and land elevators？

The extensive application of land elevators makes its t […]

1. The working climate of marine elevators is relatively harsh, mainly including the following two aspects:

The operating environment temperature range of the equipment is relatively larger. For example, the normal working temperature of land elevators is between 5° and 40°, while the working environment temperature of marine passenger elevators is between -10 and +50°. The normal working environment temperature of marine freight elevators is even higher. It is required to be in the range of -25 to +45°. Obviously, the marine elevator system components must be able to withstand lower ambient temperatures, so the system design needs to take into account factors such as the material used will become brittle at low temperatures and the relays are prone to failure, and corresponding measures must be taken to solve them. Similarly, the thermal design of the system at high temperatures cannot be ignored, because the increase in ambient temperature will increase the failure rate of certain components. Therefore, in addition to the correct selection and aging of screening components during system design, cooling technologies such as conduction, radiation, and convection must also be fully utilized to solve the heat dissipation problem, and finally the control system can pass the high and low temperature test to meet the relevant technical requirements of the Ship Inspection Bureau.

The three-proof design refers to the design of anti-moisture, anti-salt spray and anti-mold. The climatic environment of rivers, especially the sea, changes greatly, so it is specifically mentioned in the marine elevator standards. For example, in the working conditions of marine elevators, "the relative humidity of the air is 95% and there is condensation", and "the surrounding medium contains salt mist and oil mist." And mold". On the one hand, a humid environment will cause condensation of water vapor, and directly reduce the insulation resistance of the product, which may cause leakage. On the other hand, when the components work in humidity, their moisture absorption will cause the dielectric constant to change, the dielectric loss increases, and the metal corrosion accelerates, which greatly reduces the reliability of the product. The salt spray is an aerosol-like body. Once a salt-containing film is formed on the surface of the component, it will accelerate the corrosion of metal materials and reduce the insulation resistance of electronic products. Mold is a fungus and can conduct electricity. The main hazards it causes include:

A. The insulation resistance and dielectric strength of the product can be greatly reduced, and the mold on the micro circuit board can short-circuit the lines;
B. Corrosion of metal materials and destruction of natural rubber parts;
C, the paint film will be penetrated, thus losing its protective effect.

The basic principle of the three-proof design is to adopt a sealed structure for the important parts and improve the anti-corrosion and insulation grade of the components, materials, such as motors, contactors, and relays as far as possible to use marine electrical appliances. 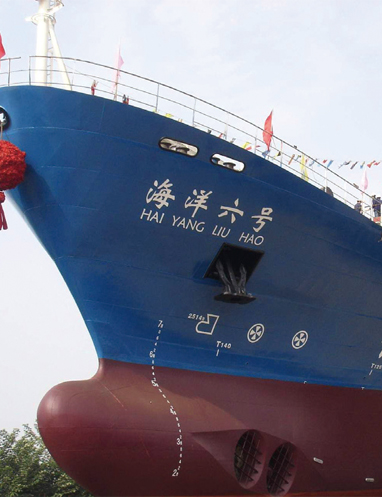 Most of the machine rooms of land-use elevators are located on the top of the building. This layout system has the simplest structure, and the force on the top of the building is relatively minimal. This is not the case for marine elevators. Due to the diversification of the design and layout of the hull structure, the overall layout of the marine elevator is directly determined. This leads to the random location of the marine elevator's machine room, which may be anywhere near the enclosure according to needs. Not limited to the top, resulting in a series of changes in the overall structure of the marine elevator's traction mode, traction ratio, driving host position, counterweight and hall door position. Therefore, the design of each elevator should fully consider the structural characteristics of the enclosure, adapt measures to local conditions, and use the most reasonable design plan and the most reliable product performance to meet the user's requirements.

0
PREV: What is the working principle of an elevator?      NEXT: What are the advantages of hydraulic freight elevators？